Here is the guest post I wrote for Alysha over at The Tarr Pit.  It gives me something to post (and you something to read) today since I probably won’t have much time for blogging the rest of this week.  We’ll be in full-on birthday mode starting tomorrow, so I won’t be around here much.  Hope you enjoy, and be sure to stop by Alysha’s blog often!

Alysha and I are polar opposites.  She is a blonde, bubbly, petite 22-year old stay-at-home ball of sunshine from the West Coast.  Me?  I’m a dark-haired curmudgeonly Amazon woman in the Dirty South who is pushing 30 and working 40 hours a week.  By all practical intents and purposes, we should have never met each other, much less became friends.  We live 3,000 miles away from each other and have virtually nothing in common.  But through the magic of the interwebs and a little site called The Bump, we crossed each other’s paths during pregnancy and struck up a friendship by becoming “labor buddies.”  For those of you who aren’t in the know, labor buddies are a group of women who are at about the same place in their pregnancies, and they exchange e-mails and messages to commiserate and compare experiences.  It’s a means of support that I personally found invaluable during my pregnancy.

Our little group of labor buddies happened to be very diverse.  We had Alysha, who was like our very own Pollyanna, in good spirits up to the very end of her (week overdue) pregnancy.  We had Sarah, who had been through pregnancy and labor before and was a wealth of knowledge and support.  We had me and Kathy, both Atlanta transplants that didn’t have a big support group and really came to rely on our internet friendships to get us through the unknown.  There was Tanya, a young Russian girl who was also experiencing her first pregnancy and is now the only one brave enough so far to become pregnant again.  Talk about a ragtag group of pregnant women.  But we were all going through the same thing at the same time, and I personally was very glad to have a sounding board during those long nine months.  We have kept up with each other on Facebook, and I’m very glad to have made these unlikely friends.

But that’s not what I want to talk about today.  Let’s talk about Working Mom Guilt.

As I mentioned, I work full time.  And the Working Mom Guilt started when I was about nine weeks pregnant and we announced our BIG NEWS to my husband’s family on Thanksgiving.  After the congratulations were said, my brother-in-law’s wife, who had just turned 21 two days before and was still in school, asked me when I was going to quit working.  Um, I wasn’t, I said.  At that time, my salary was necessary to make ends meet.  Me not working was not an option, and in my mind, it was never an option.  I had gone to college, gotten a degree, had a job I liked and was good at, and would continue working.  But at that time, I felt a bit of judgment emanating from a 21-year old newlywed for my decision to work.

I’m being petty.  But to be honest, I never really entertained the thought of being a stay-at-home mom until recently.  I got pregnant two promotions ago for my husband, and we were both bringing home about the same amount of money.  Even after the Mister received his first promotion about halfway through the pregnancy, it never even entered my mind to alter my employment status.  I liked working outside the home, I liked bringing home money, I liked interacting with adults.  I still feel that way now, even though the Mister now makes twice as much as I do.  I suppose I could quit working tomorrow if I wanted.  Careful budgeting could make it happen.  Unfortunately, we tend to grow into any increase in income (well, I say we, but I really mean my husband), and I’m not sure the Mister is ready to dial it back yet.

But still, I get the “when are you going to quit working?” on a regular basis.  From my own mother, even.  She was here for Mother’s Day and was loving on her grandson when all of a sudden she looked over at me and said, “Rachel, how do leave him every day?  I don’t see how you do it.”  THANKS, MOM.  Way to be encouraging and supportive and not the slightest bit guilt-trippy.  This from a woman who worked the entire time my brother and I were growing up.  Full-time job, full-time student, two kids, a husband, and a household to run.  How did she do it?  She just did it.  Because when it comes down to it, you do what you have to do for your family.

But interestingly enough, I’m now in a place where I don’t HAVE to work.  My income is nice, but if it were drastically reduced or eliminated altogether, it wouldn’t kill us.  The Mister alone makes enough to keep us comfortable (although if my car payment were gone I’d feel even better about it).  The thing is, I can’t bring myself to quit.  For some reason, I have a very apocalyptic world view.  If I were to quit my job, then Murphy would set up in our spare bedroom and anything that could go wrong, would go wrong.  Our cars would die, something would happen to the Mister’s job, extreme medical expenses would crop up, our house would burn down.  I know that’s probably not a healthy way to go through life, but that’s what is making me cling to my job.  When we first had CJ, we decided I would go back to work “for awhile” because the economy had just tanked and we decided that I was lucky to have a job making good money in the first place, and that I should keep it just in case.  “For awhile” turned into a year, which is approaching in September.  I still have no intentions of quitting.  I fear change.  I need consistency.

And honestly?  I feel like I’m taking the easy way out by going to work every day.  On days when the school is closed or CJ is sick and I stay home with him, I am utterly EXHAUSTED by the end of the day.  I don’t really know how to keep him entertained and stimulated all day long.  Our schedules on those days are hectic and ramshackle, and when he goes to school I know he is getting some sort of structure.  Now that is not to say that if I were at home with him every day I would not have a more organized day-to-day schedule, but I have learned that being a stay-at-home mom is probably the most difficult job in the world.  I don’t know if I’m ready for it right now.  And they say it is easier to work with one child than it is with two, so maybe the Mister and I will revisit the issue when #2 comes along.  At that point I would be working basically to pay for my car and two daycare tuitions.  If my car payment is eliminated, then I can’t justify working just to send two kids to daycare.  And to be honest, the good days are wonderful.  When we’re both well rested and in good moods and we can go out and about and have fun, I can think of nothing I would rather do than be at home with him every day soaking up his cute cuddly babyness.  But the bad days, oh, the bad days.  We won’t talk about the bad days.

It’s hard right now when he’s little.  He needs almost constant entertainment and care.  I know as he gets older, it will be easier to spend days at home with him and not go insane.  I think if I can preserve my sanity now, I will be in a better place to be a stay-at-home mom when my kids are older.  Plus, I want to be the mom that does all the cool stuff at school with my kids.  I want to be Room Mother, field trip chaperone, bake sale czar, team snack organizer, sports booster.  And I want to be at every class party, recital, awards ceremony, and athletic event.  Those are the things that I think will be the most important to me, because I remember how awesome it was when my parents were there for those things, and how it kind of sucked when they weren’t and other kids’ parents were.

Guilt is a funny thing, and not only reserved for working moms.  Women especially like to lay on the guilt trips, for what reason I know not.  We all like to play the “I don’t judge other women on their parenting” card, but we totally do.  From breastfeeding versus formula feeding, disposables versus cloth diapering, to cry it out or not cry it out, and the great stay-at-home versus working mom debate, it seems like we need to bolster our parenting choices by diminishing the choices of others.  Most of this is done subconsciously because only the boldest of women would dare to openly judge another mother, but it is done. I know because I do it in my head.  And I have clandestine conversations with other mothers that I would deny having to the day I die, conversations in which we rip apart the seeming inadequacies of other mothers (because, you know, we’re the best moms in the world, of course).  I’ve come to the decision that it’s just human nature.  Hmm.  I feel another blog post coming on.

Well, this took a much heavier turn than I was hoping.  I wanted to jump in on Alysha’s blog and be all “HEY Y’ALL!” and funny and witty and sarcastically hilarious, as per usual (ahem).  but I guess the subject matter hits me a little harder than I thought.  But all that to say this: stay-at-home moms, you have my utmost admiration.  Respek knuckles. 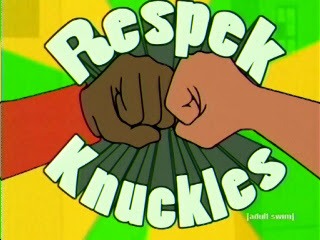