So, it’s December.  Which means that Christmas is right around the corner.  I know I’m not alone when I say that Christmas is both a very exciting but also a very stressful time of year.  What with gifts to buy, parties to attend, Santa to see, cards to get out, a whole lot of traveling, all with keeping a budget in mind, I tend to get a little overwhelmed during the holidays.  Anyone else feel me?

We generally don’t go overboard on gifts for the kids or ourselves, and we both have large families so we go the name-drawing route for family get-togethers.  But we all have that one item on our wish list that we are hoping to get this year.  So without further ado, the Burks Christmas Wish List for 2012! 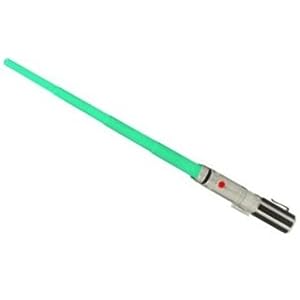 A green light saber.  Not red, not blue, not yellow.  It MUST be green.  He has been angling for this really hard over the past few weeks, as you saw from his Thanksgiving placemat.  He mentions green light sabers at least once a day, sometimes in his bedtime prayers.  We have never watched the Star Wars movies, so I don’t really know where he heard of green light sabers.  But I think that maybe the light saber and the full set of movies would be a good gift for Cole.  If this is how low the bar is set this year, then I’m going to be the best mom EVER. 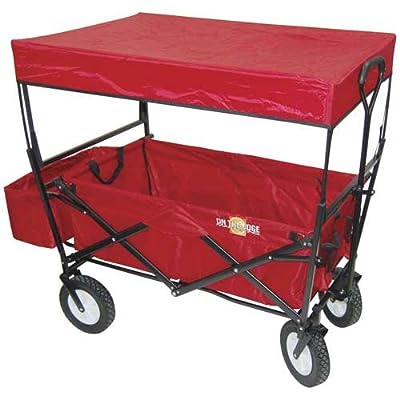 A folding wagon.  This would be perfect for both kids, but Cannon especially loves to ride on or in things.  When we go for walks around the neighborhood we just put him in the large wagon that came with our lawnmower and he is happy as a clam, but I think this might afford him a little more comfort and function.  The canopy will be great for walks and for tailgating, and the wagon folds up to about 10% of its unfolded size so it will fit in the back of the car.  I also love the little side caddy for toys and snacks.  We would get a lot of use out of this for several years.

A playset for the backyard.  We have been eyeing this playset ever since the Black Friday sale papers came out.  At $300, it’s a great deal if the quality is good.  It’s small enough to go close to the house in our backyard, which I prefer to having it further out.  It takes 4 people to put together, though, so we would need some help.  I think this would be a great gift for the boys, but we are going to think on it a little longer.

A gas-powered chainsaw.  There have been several times this past year where we have needed a chainsaw and had to either borrow one or make do without.  We have a large arsenal of tools and outdoor appliances, so a chainsaw would fit right in.  There are a few small trees/large shrubs that need to be cut down around our yard, so maybe it would get done if Zac had the appropriate hardware.

An iPad Mini.  Technology is always kind of a scary buy for me, especially in this era of bigger better faster stronger product rollouts every six months or so.  So I’m hesitant to go ahead and take the plunge on the iPad Mini.  I’m scared that in a few months they’ll have a new iPad Mini that is better than the one that is out now.  Given what happened a few months ago with the new new new iPad rolling out just a few months after the new new iPad, I think this is a legitimate concern.  We have the original iPad and it still works great, so we have never seen the need to upgrade.  So maybe my concerns are unwarranted.  But this is the only thing that I can think of that I might want.  We are unbelievably blessed and honestly do not need anything.  So if I’m thinking of something completely frivolous for myself, I guess this would be at the top of the list.

Like I said, we try not to go overboard with gifts as far as quantity is concerned.  We are in a continuing quest to simplify and stop acquiring so much stuff {a quest made much more difficult by grandparents, by the way}.  Our goal is to move toward experiences instead of things.  There will always be gifts under the tree, but I’d like to have those gifts and that tree at, say, Disney World one year.  Or NYC.  Or somewhere else.  We have many many years to have Christmas at home, so I’d like to have a few destination Christmases while the kids are still young.

What’s on your wish list this year?  Is there one particular item that you reeeeaaaally want?